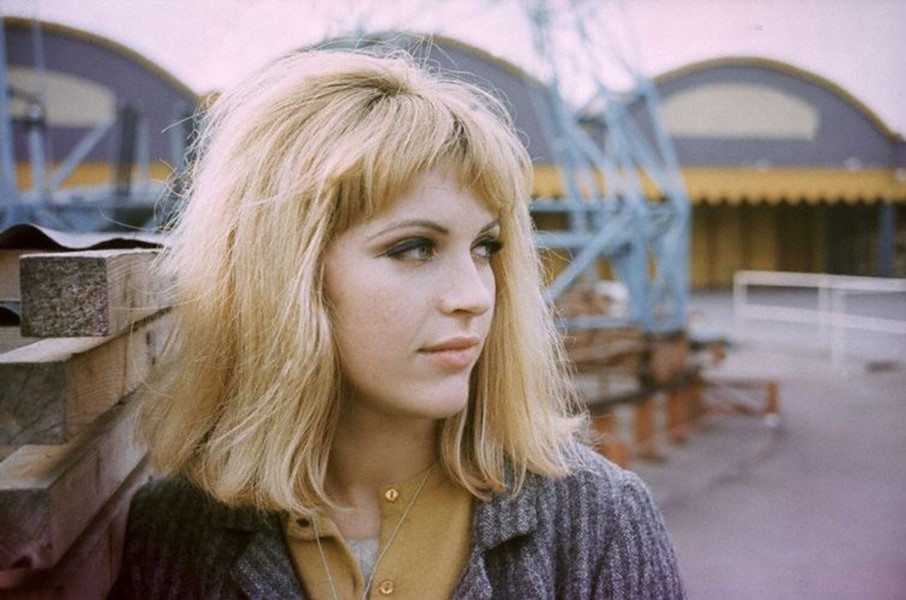 In the opening statement of her article for the Oxford Art Journal, Kalliopi Minioudaki states “The accepted story of Pop Art, as in many modernist tales, is one of male subjects and female objects.” This statement could not be more true, except for when studying the work of the forgotten, but important, artist Pauline Boty. During the early years, Boty was considered the first female artist associated with the British Pop Art Movement. However, not long after Pop Art was discovered, Boty disappeared along with all her work. What happened to this iconic figure of feminism, and why is her work forgotten? This is a question art historians have spent decades attempting to solve.

Born in 1938, Boty grew up under the influence of her mother, an aspiring artist whose dream of showing her work in galleries was put down by her accountant husband. In spite of this, Boty’s mother fought for Boty to be able to study the talent she had passed down to her daughter, sending her to the Royal College of Art. In this time Boty discovered the male dominated world of art. After being denied into the schools painting program simply because of her female status, Boty choose to study stained glass. Upon completing her art education, she started her career as a painter, filling her canvases with topics that were very real and opinionated towards what was happening in the world.

Pauline Boty broke stereotypes in everything she did, by being female, but smart and unafraid to share her views as well. In a world and career that was dominated by stereotypes, Boty had to work for her success, and that she did. As an actor, dancer, artist, activist, and so much more, Boty got her name in to the minds of everyone important. On Boty’s success in breaking stereotypes, Scene Magazine stated “Actresses often have tiny brains. Painters often have beards. Imagine a brainy actress who is a painter and a blonde and you have Pauline Boty.” In her short career, Boty made sure she was seen for more than just her looks.

Boty’s work gained popularity in the early 60’s, from 1962 until 1966. Always the activist, the artist became known for placing her feminist opinions into her craft. A great example of this is her 1964–65 piece ‘It’s a Man’s World II’. Focusing on the sexualization of the female body, she created a collage style painting featuring females in pornographic positions. This was meant to fight the male gaze by not only depicting a realistic female nude in the center, but by also including paintings of women in typical provocative positions as well. It’s clear that Boty was a great unknown advocate for the second-wave feminist movement, depicting the acceptance of feminine sexuality through many of her pieces, and fighting for an equal place for women in the world throughout her career.

Feminism wasn’t the only battle she fought, but it was one that shined through the most in her work. ‘It’s a Man’s World I’ (Fig. 2), created around the same time as the second piece of the same name in 1964, is another painting that uses her iconic collage style technique to show images of a violent, male influenced world. She took care to not only include past icons in this piece, but modern moments of distress as well. This can be seen along the bottom of the piece in the dramatic painting of JFK’s death.

Boty’s work appeared in many Pop Art Shows, and commissioned work was often sought after in the few years in which she was active due to her popularity and status as one of the few female artists in Great Britain making a name for herself. So what happened to her? Why is it that she hasn’t been immortalized in history along side artists like Andy Warhol for her contributions to not only the Pop Art movement, but art and females as a whole? Pauline Boty’s life was a short but exciting one. After becoming pregnant and being diagnosed with cancer, Boty refused treatment and died just a few months after the birth of her daughter in 1966. Decades after, art historians found that all her work, with the exception of those that were commissioned, had been placed on a farm owned by Boty’s brother, to be forgotten about by the world following her death. In recent years, many of her pieces have been refurbished and sent to hang in museums and shows in her honor. However, had her work been seen more post death, who knows the amount of change they could’ve brought to art and society. Pauline Boty was a true advocate of art, and thanks to the detective work of historians and family members who held her work dear to their hearts, Boty’s voice will be heard for many generations to come.